Bușteni (Romanian pronunciation: [buʃˈtenʲ]) is a small mountain town in the north of Prahova County, in central Romania. It is located in the Prahova Valley, at the bottom of the Bucegi Mountains, that have a maximum altitude of 2505 m. Its name literally means tree-logs in Romanian. One village, Poiana Țapului, is administratively part of the town, formerly a separate commune prior to 1950. According to the 2011 census, it has 8,894 inhabitants. Bușteni’s average altitude is 900 m. It is one of the most popular mountain resorts,[citation needed] with year-round tourism opportunities, including skiing and mountain climbing. The town and the surrounding mountains were the site of military confrontations in 1916, during World War I (see Romania during World War I). A large commemorative monument (about 25 m high), Heroes’ Cross (Crucea Eroilor) lies atop nearby Caraiman Peak, at nearly 2,260 m. The monument is lighted at night and is visible from virtually everywhere in Bușteni.

Cantacuzino Castle is situated on Zamora Street in Bușteni, Romania. The building, whose construction was completed in 1911, was conducted by the architect Gregory Cerchez at the request of Prince George Grigore Cantacuzino. It is built in Neo-Romanian style; the total surface of the estate is over 3,000 square meters.[1] The estate is surrounded by a park with paths that lead to a waterfall grotto and artisanal fountains. In the central pavilion is a collection of unique Romanian heraldry representing the families allied with the Cantacuzino family, as well as portraits of the family members.

The castle belonged to the Cantacuzino family until the forced nationalization of 1948, when it became a preventorium for the Ministry of Internal Affairs. During the communist period, the original furniture was removed and a part of the interior walls were painted over. After 1989, the castle was returned to Cantacuzino descendants, who sold it to private investors in 2004. The castle underwent restoration work and today it is open to the public. (source: Wikipedia)

Sinaia (Romanian pronunciation: [siˈnaja]) is a town and a mountain resort in Prahova County, Romania. It is situated in the historical region of Muntenia. The town was named after Sinaia Monastery of 1695, around which it was built. The monastery in turn is named after the Biblical Mount Sinai. King Carol I of Romania built his summer home, Peleș Castle, near the town in the late nineteenth century. Near Sinaia you can visit Brașov,  the Bran Castle (Dracula’ s Castle) in Bran, and the Cantacuzino Palace in Bușteni.

Sinaia is about 65 kilometres (40 miles) northwest of Ploiești and 48 kilometres (30 miles) south of Brașov, in a mountainous area on the Prahova River valley, just east of the Bucegi Mountains. The altitude varies from 767 to 860 metres (2,516 to 2,822 feet) above sea level.

The city is a popular destination for hiking and winter sports, especially downhill skiing. Among the tourist landmarks, the most important are Peleș Castle, Pelișor Castle, Sinaia Monastery, Sinaia Casino, Sinaia train station, and the Franz Joseph and Saint Anne Cliffs. Sinaia was also the summer residence of the Romanian composer George Enescu, who stayed at the Luminiș villa. (source: Wikipedia) 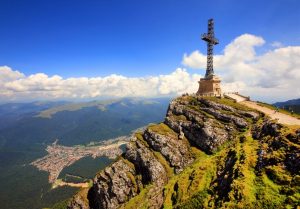 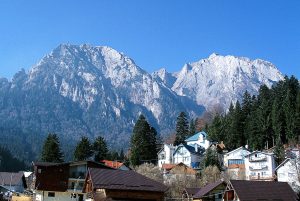 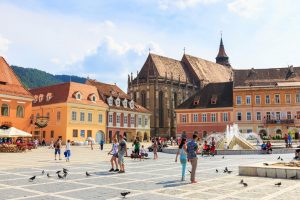 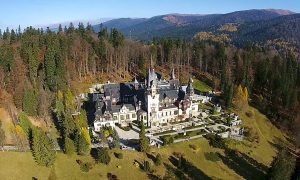 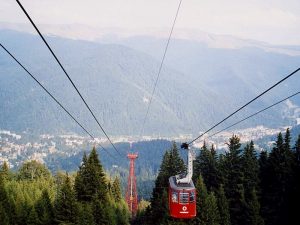 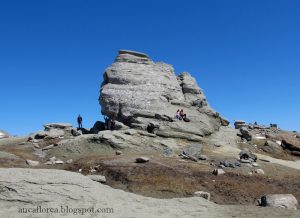 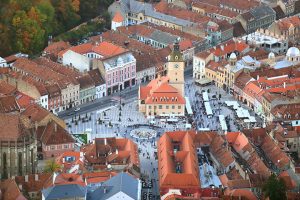 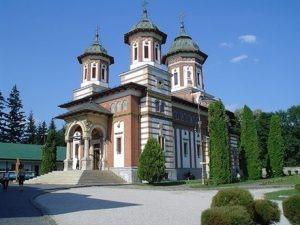 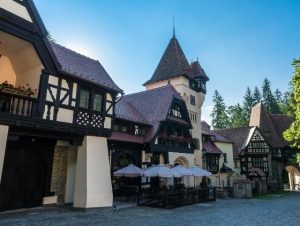 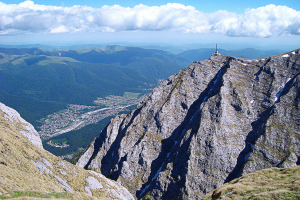 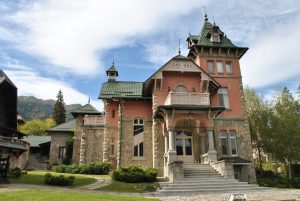 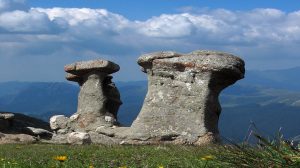 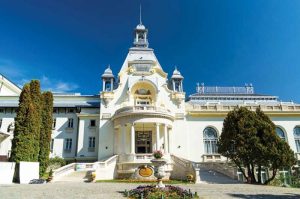 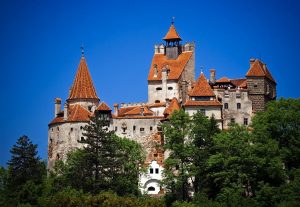 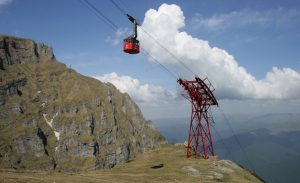 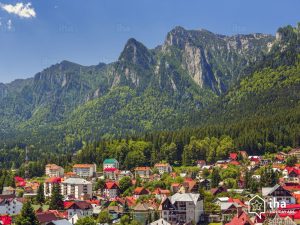 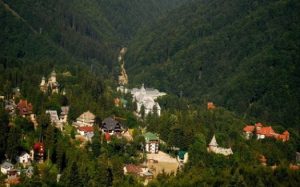 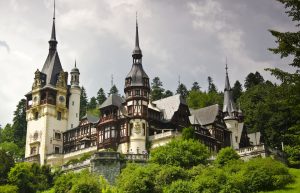 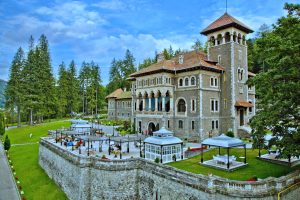 How to reach Bușteni and Sinaia

Also, you can come by train, or you can rent a car. The closest airports are in Bucharest, Targu Mures and Bacau: