Ilya Levin received his Ph.D. degree in Computer Engineering in 1987 from the Institute of Computer Technologies, Latvian Academy of Science.

In 1997, he worked as a Research fellow in the Computer Science Department of University of Massachusetts. During four years between 2003-2006, Ilya Levin was an Associate Professor of the School of Engineering in the Bar Ilan University.

In 2014, he was a visiting professor in Ca’ Foscari University of Venice.

Presently, Prof. Ilya Levin is a Full Professor in the School of Education of Tel Aviv University. His recent research interests include: Computer Design, Cultural Studies of Digital Society, Science and Technology Education. Ilya Levin is the author of around 200 research papers both in Computer Engineering and in Humanities. 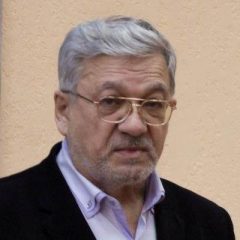